Solon (/ˈsoʊlɒn/ or /ˈsoʊlən/; Ancient Greek: Σόλων, c. 638 BC – 558 BC) was an Athenian statesman, lawmaker, and poet. He is remembered particularly for his efforts to legislate against political, economic, and moral decline in archaic Athens. His reforms failed in the short term, yet he is often credited with having laid the foundations for Athenian democracy. He wrote poetry for pleasure, as patriotic propaganda, and in defense of his constitutional reforms.

Solon’s laws were inscribed on large wooden slabs or cylinders attached to a series of axles that stood upright in the Prytaneum. These axones appear to have operated on the same principle as a Lazy Susan, allowing both convenient storage and ease of access. Originally the axones recorded laws enacted by Draco in the late 7th Century (traditionally 621 BC). Nothing of Draco’s codification has survived except for a law relating to homicide, yet there is consensus among scholars that it did not amount to anything like a constitution. Solon repealed all Draco’s laws except those relating to homicide. Fragments of the axones were still visible in Plutarch’s time but today the only records we have of Solon’s laws are fragmentary quotes and comments in literary sources such as those written by Plutarch himself. Moreover, the language of his laws was archaic even by the standards of the fifth century and this caused interpretation problems for ancient commentators. Modern scholars doubt the reliability of these sources and our knowledge of Solon’s legislation is therefore actually very limited in its details.

Generally, Solon’s reforms appear to have been constitutional, economic and moral in their scope. This distinction, though somewhat artificial, does at least provide a convenient framework within which to consider the laws that have been attributed to Solon. 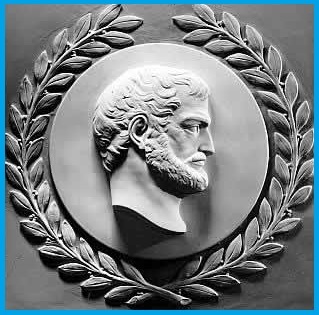