The founder of Athenian Democracy in 508 BC

Cleisthenes (/ˈklaɪsθəˌniz/; Greek: Κλεισθένης, also Clisthenes or Kleisthenes) was a noble Athenian of the Alcmaeonid family. He is credited with reforming the constitution of ancient Athens and setting it on a democratic footing in 508/7 BC. For these accomplishments, historians refer to him as “the father of Athenian democracy.” He was the maternal grandson of the tyrant Cleisthenes of Sicyon, as the younger son of the latter’s daughter Agariste and her husband Megacles. Also, he was credited with increasing the power of the Athenian citizens’ assembly and for reducing the power of the nobility over Athenian politics. 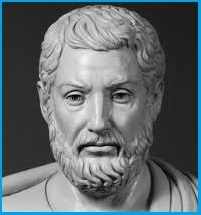